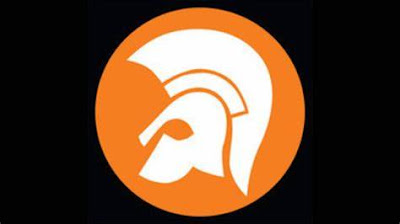 Following on from last week's Studio One post, today's post focusses on the premier UK reggae label, Trojan Records. The label was instrumental in introducing reggae to a global audience and by 1970 had secured a series of major UK chart hits from the likes of Desmond Dekker, Jimmy Cliff and The Maytals. Pick up any reggae compilation album and you'll instantly see the influence of Trojan. Founded in 1968 when Lee Gopthal, who operated the Musicland record retail chain and owned Beat And Commercial Records. pooled his Jamaican music interests with those of Chris Blackwell's Island Records, the label was also a huge influence on the skinhead culture of the 60's and 70's. As with Studio One, the success of bands such as The Specials and Madness sparked a renewed interest in Trojan in the late 70's that brought many of their classic tunes to a new audience.

Reggae without Trojan would be likes soul without Stax, with a back catalogue to match any label. The cultural impact of Trojan has shaped the world we live in and thankfully most of the music released on the label over the years is still available thanks to those lovely people at Sanctuary Records.

One of the earliest releases on Trojan was The Wailers, with the original version of the classic Stir It Up. Released in 1968, it was an early indicator of just how good The Wailers would become. Written for his wife Rita, after Bob's eight-month absence from Jamaica in 1966, staying with his mother in Delaware, it went on to become one of their most loved songs, in no small part due to their spellbinding appearance on The Whistle Test.