In Praise Of The Style Council 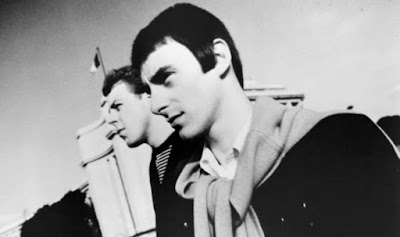 There were undoubtedly quite a few tears shed when Paul Weller disbanded The Jam at the height of their success in '82, and a fair amount of antagonism towards The Style Council when they released their debut single, Speak Like A Child, the following year. Although I was only a young teenager when The Style Council released said debut I was hooked instantly. To do this day, Speak Like A Child is still one of my all time favourite debut singles. I loved The Jam, but was a tad too young when they started out. My introduction to them was round about the Eton Rifles/Going Underground stage of their career and then I worked my way backwards to In The City. When I started secondary school there was "The Mod Corner" where I longed to be, but don't think new starts at the school were given admission to this exclusive club.

Over a period of six years the band released five albums and a fair number of great singles, most notably You're The Best Thing, Walls Come Tumbling Down, Long Hot Summer and the aforementioned Speak Like A Child. Toward the end of The Jam it was obvious that Weller's ambitions were far beyond what he was releasing with The Jam and that he was already moving in a new direction. At the time most people could not understand why he walked away from Britain's most popular band at the time, but listening now to the back catalogue of The Style Council it was the right decision and makes perfect sense now. The Style Council also allowed him to let his hair down and have some fun. The video for Long Hot Summer being a perfect example of his new found freedom.

And to think he was only around twenty-four or so at the time. Brave decision for a young guy, turns out he always had a wise head. Not sure that Bruce Foxton or Rick Buckler would agree, but those wonderful Style Council records would likely never have been made if he hadn't had the guts to walk away when he did.