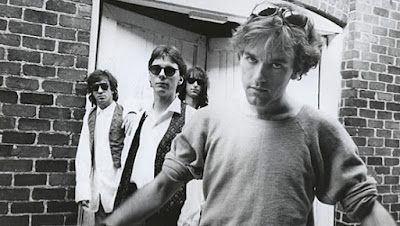 Last night for the first time in years I listened to the fist five R.E.M. albums, the ones before they signed to a major. I had forgotten how bloody good all five of them are. Unlike many bands I listen to I was in at the start with R.E.M. I bought Murmur when it was released based upon a review I saw in Melody Maker. I had heard a couple of tracks before buying, but had no idea what delights were in store. Every track is top rate, an album to listen to from start to finish without skipping any tracks. I had found the band for me, I couldn't wait for the next album to arrive. Five albums in four years and each one was further proof, if any was needed, that this was one very special band.

The early Warner Bros albums are great albums too, but there is something really special about those early albums. From Murmur to Life's Rich Pageant they could do know wrong. It was a golden time for music generally with the likes of The Smiths, The Mary Chain, The Bunnymen and New Order (amongst many others) releasing top quality releases and those IRS albums more than stand up to their peers.

Five albums in four years with this level of creativity is quite something and cemented Athens, Georgia on the world music map. Many of my favourite REM songs come from the likes of Green, Out Of Time and Automatic For The People but those early, enigmatic IRS releases are the ones for me.

Email ThisBlogThis!Share to TwitterShare to FacebookShare to Pinterest
Labels: R.E.M.