You Will Pay Tomorrow... 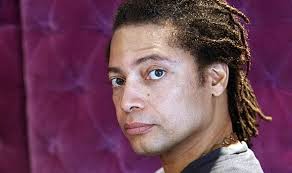 Four years after his multi million selling debut, Terence Trent D'Arby released an album that was pilloried by most of the press for being overly indulgent and pretentious. To a certain extent it is both of these, but it is also an album with many moments of terrific songwriting and a hugely diverse collection of songs. Humility was never one of his strong points, and in his own mind he appears to think he was some sort of Brian Wilson genius, which of course he wasn't, but his throw everything in the mix approach paid dividends on a much underrated album. Nowhere near as immediate as his debut, it is worth persevering as the more you listen the better it gets. You get some funk, some soul, some blues, some rock, some acapella, put it all in the blender and you have an album that was ahead of its time and showcased the vision and talent that he possessed. Self-produced, self-arranged and self-written, one thing it is not is dull.

You Will Pay Tomorrow
Posted by Scott at 4:40 PM