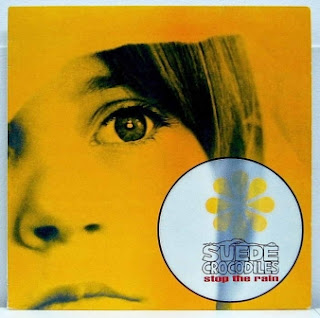 I don't know too much about The Suede Crocodiles apart from that they featured a pre-solo Kevin McDermott and that in 1983 they released their one and only single, the insanely catchy Stop The Rain. With that track they caught the attention of Nick Heyward, who took them on his first solo tour as his support act. He was also touted to produce the follow up single, Paint Yourself A Rainbow, but that single never saw the light of day as Kevin opted for a solo career. Another of those Scottish bands from that era that were releasing awesome pop songs that were largely ignored south of the border. It was very much the kind of track you could imagine hearing on the likes of Kid Jensen or Janice Long's Radio 1 shows or Mark Goodear's show on Clyde. Quality pop that has aged surprisingly well.