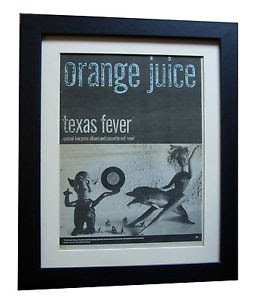 I have posted before on Texas Fever, a club night we used to frequent in Glasgow when we were 16/17 years old, but watching Teenage Superstars last week prompted a new post. Although Texas Fever was not part of the film it was held in the same venue as the legendary Splash One nights that were featured in the film. We knew of Splash One, but were just that bit too young when it was going. We saw all the posters around Glasgow advertising these nights but at only 15 we just missed out on them. At 16 we felt we might get into a club so headed into Glasgow on a Friday, after school, to 46 West George Street for an audio feast. We were listening to the likes of The Velvet Underground, The Byrds, The Sonics and The Stooges so this felt like the place for us, and it was. Those nights at Texas Fever were nights to treasure and certainly helped shape my music tastes ongoing. Everyone there was there because they loved music and wanted somewhere that they could meet like minded souls and just hear and dance to their favourite music in a club instead of a bedroom. Texas Fever was held upstairs at 46 West and on a Sunday downstairs they would host live bands with the likes of James, The Wolfhounds and The Mighty Lemon Drops playing. Splash One may go down in Glasgow folklore, but those Friday nights at Texas Fever will always be unforgettable for all who had the joy of being there.